Mayors and other city leaders from the 17 cities that make up the National Capital Region in the Philippines pledged to make the HIV epidemic a public health emergency requiring multisectoral strategies and a full provision of resources. The city representatives recently signed a city HIV resolution during a dinner meeting in Manila hosted by the Secretary of the Department of Health, Paulyn Jean Rosell-Ubial. 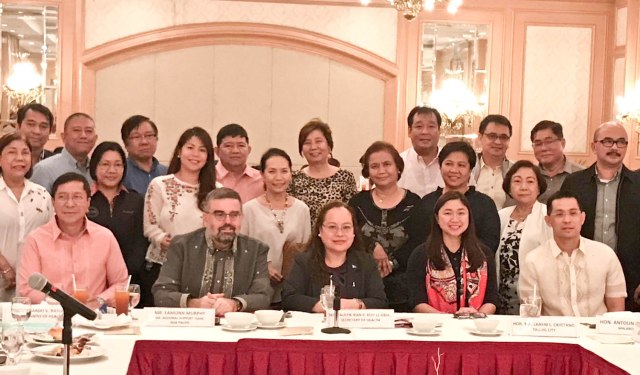 A recent UNAIDS report, Ending AIDS: progress towards the 90–90–90 targets, has helped to galvanize this action. The report found that the number of new HIV infections in the Philippines has risen by 140% in the past six years and the country has the fastest growing HIV epidemic in the Asia and the Pacific region. Health authorities say that the 17 cities in the National Capital Region accounted for more than 40% of reported HIV cases in the country.

Ms Rosell-Ubial stated that she had raised this alarm as early as last year, when she took office, calling the situation a national emergency. She appealed to the mayors and city officials of Metro Manila for their help in delivering crucial services to community groups and key populations. The Mayor of Taquig City and Chair of the League of Cities, Laarni “Lani” Cayetano, expressed her support for the initiative and underlined the efforts of Taguig City in providing HIV services.

The Secretary of Health expressed appreciation for the personal support of Eamonn Murphy, UNAIDS Director of the Regional Support Team for Asia and the Pacific, and for the long-term contribution from the UNAIDS country office.

Mr Murphy praised the strong leadership of the Secretary of Health and the commitment by cities in the Manila region and pledged to help mobilize technical support, and is in discussion with development partners regarding these efforts.

The city HIV resolution recognized that the 2030 Agenda for Sustainable Development committed countries to ensuring healthy lives and the well-being of all citizens, as well as ending AIDS by 2030. It commits cities to increasing financial investments and accelerating the implementation of high-impact programmes, including ensuring quick diagnosis and entry into treatment, HIV services tailored to the needs of gay men and other men who have sex with men and innovative prevention programmes, including targeted outreach and pre-exposure prophylaxis. The resolution also promised to eliminate HIV-related stigma and discrimination and other human rights violations that prevent key populations and people living with HIV from accessing services.

PAULYN JEAN ROSELL-UBIAL SECRETARY OF THE DEPARTMENT OF HEALTH, PHILIPPINES

“I AM CONFIDENT THAT ALL CITIES IN THE NATIONAL CAPITAL REGION WILL HEED THE CALL TO TAKE THE ACTIONS NECESSARY TO REACH OUR 90–90–90 GOALS BY 2020. AS THE CHAIR OF THE PHILIPPINES LEAGUE OF CITIES, I CALL ON ALL CITIES IN THE COUNTRY TO JOIN US AND ACT NOW.”

“THE PHILIPPINES RESPONDED QUICKLY AND INNOVATIVELY IN PARTNERSHIP WITH THE COMMUNITY TO THE FIRST WAVE OF THE EPIDEMIC, AND THROUGH STRONG, PRAGMATIC AND COMMITTED LEADERSHIP IS SHOWING THE NATION HAS THE CAPACITY AND THE RESOLVE TO MEET THE CHALLENGES PRESENTED BY THE NEW WAVE OF GROWING INFECTIONS, PARTICULARLY AMONG YOUNG GAY MEN AND OTHER MEN WHO HAVE SEX WITH MEN AND TRANSGENDER PEOPLE.”