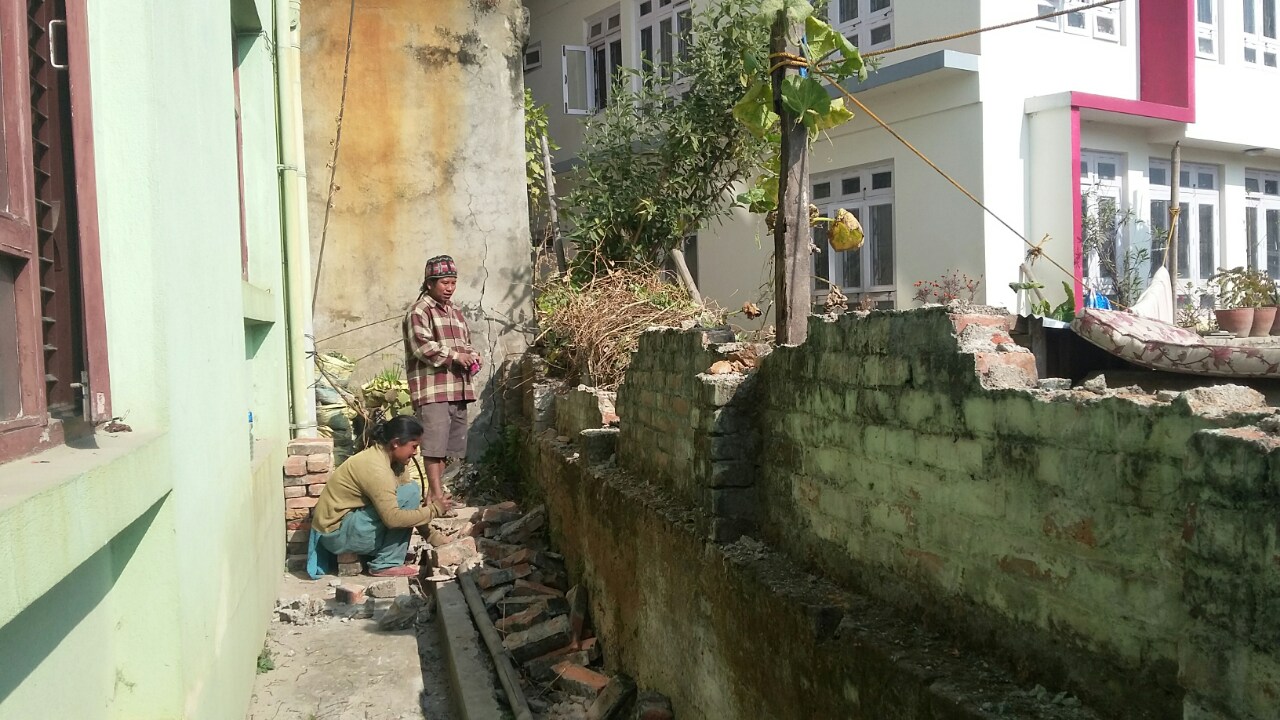 It’s a year since Nepal was hit by a devastating earthquake which killed more than 8 000 people. The lesbian gay bisexual, transgender and intersex (LGBTI) community  was particularly affected by the disaster. The Blue Diamond Society is dedicated to improving the sexual health, well-being and human rights of sexual minorities in Nepal and has about 218,000 members throughout the country. UNAIDS speaks to Manisha Dhakal, Executive Director of the Blue Diamond Society.

Manisha: The Blue Diamond Society has continued to collect money and distribute it to people affected by the quake. We’ve given each person 15000 rupees for rebuilding and though they’re happy to have this money, it’s not enough. Many people are still living in temporary homes. Our HIV centre has remained open throughout the disaster – our relief efforts have included distribution of food, water and other material to those affected. I’d say it’s not a 100% back to normal but we’re definitely trying to get there.

In the urban area of Kathmandu – on the surface lives are going on as normal but we are still experiencing aftershocks. After the main earthquake on the 25th of April, there were many small earthquakes that shook us. We are hoping that we are better prepared. Yet, the fear of the earthquake happening again haunts our communities.

UNAIDS: What challenges do you continue to face as a result of the earthquake ?

Manisha: The government rebuilding process is really slow. For us it’s a huge challenge to connect LGBTI people to government rebuilding efforts and we are still struggling to do so.  We were able to gain international support of around $US 50,000 but because of the long and tedious process of getting approval to access these funds – our efforts are being delayed.

UNAIDS: What else do you think needs to be done in order to complete rebuilding efforts?

Manisha : The inclusive approach is essential. Although the government has recognized the LGBTI community in its constitution, it remains in theory. I believe that there needs to be better inclusion of the LGBTI community in any action plans that are being carried out. If the government is distributing materials and support to citizens in Nepal they should specifically reach out to sexual minority groups, especially the third gender and ensure relief efforts are reaching everyone.

There is still a need for a non discriminatory approach. Soon after the quake, the government separated people into male and female camps and transgender people were left with nowhere to go. That’s one form of discrimination that happened. Some transgender people were not able to claim relief material and many were laughed at or made fun of when they tried. This deterred many from seeking help. We as civil society need to monitor the implementation of the relief efforts by the government.

UNAIDS: What are the lessons learnt and implemented as a result of the earthquake ?

Manisha: At the Blue Diamond Society we prided ourselves on our focus on HIV programmes and our Human Rights advocacy. One thing we failed to do was prepare for a natural disaster. Because of that, our community suffered alot. We realised that apart from HIV prevention and Human Rights advocacy, there is a need for us to focus on better prevention of any unforeseeable natural disasters whether it’s an earthquake or a flood.

During the earthquake, many landlords doubled the rent on housing for transgender sex workers. During an emergency, we need to empower the community to ensure that they are ready and able to face such issues. They need to know who to talk to in such situations and who to seek help from. With our support, during the earthquake, the landlords took a step back. Empowerment of the community is important in order to our claim rights in any situation and we need to prepare for that by training our people.

We also need to work on social causes. We are focused on human rights for our own community but we need to expand that to other people. That will reflect positively on the LGBTI community in society. People should see that the LGBT community does not only focus on rebuilding itself but others as well. We went to Kabre, the hardest hit province and helped rebuild a school. As a result, the LGBTI community was honoured and recognized. I’d like to count that as a huge achievement.

UNAIDS: How are you commemorating the day?

Manisha: We’re going to Vasantpur Square, the main square in Kathmandu where a lot of temples collapsed and many people died. There’s a big event that’s being held there on the 25th of April to remember the victims of the disaster. Many government officials, civil society groups, schools and celebrities will be there. The Blue Diamond Society is going to represent the LGBTI community in the commemoration.

UNAIDS: What is next for the Blue Diamond Society?

Manisha: Our responsibilities continue to be to ensure that our people are getting proper support from the government. We’re trying to be a strong link between the government and the community. We are working hard on our prevention efforts by stocking materials and setting aside disaster funds. We are also working on different forms of trainings for disaster relief. This is something the Blue Diamond Society is aiming to now focus on in order to minimize the risk of disaster.