Fast-Tracking the HIV response in Nepal: From commitment to action 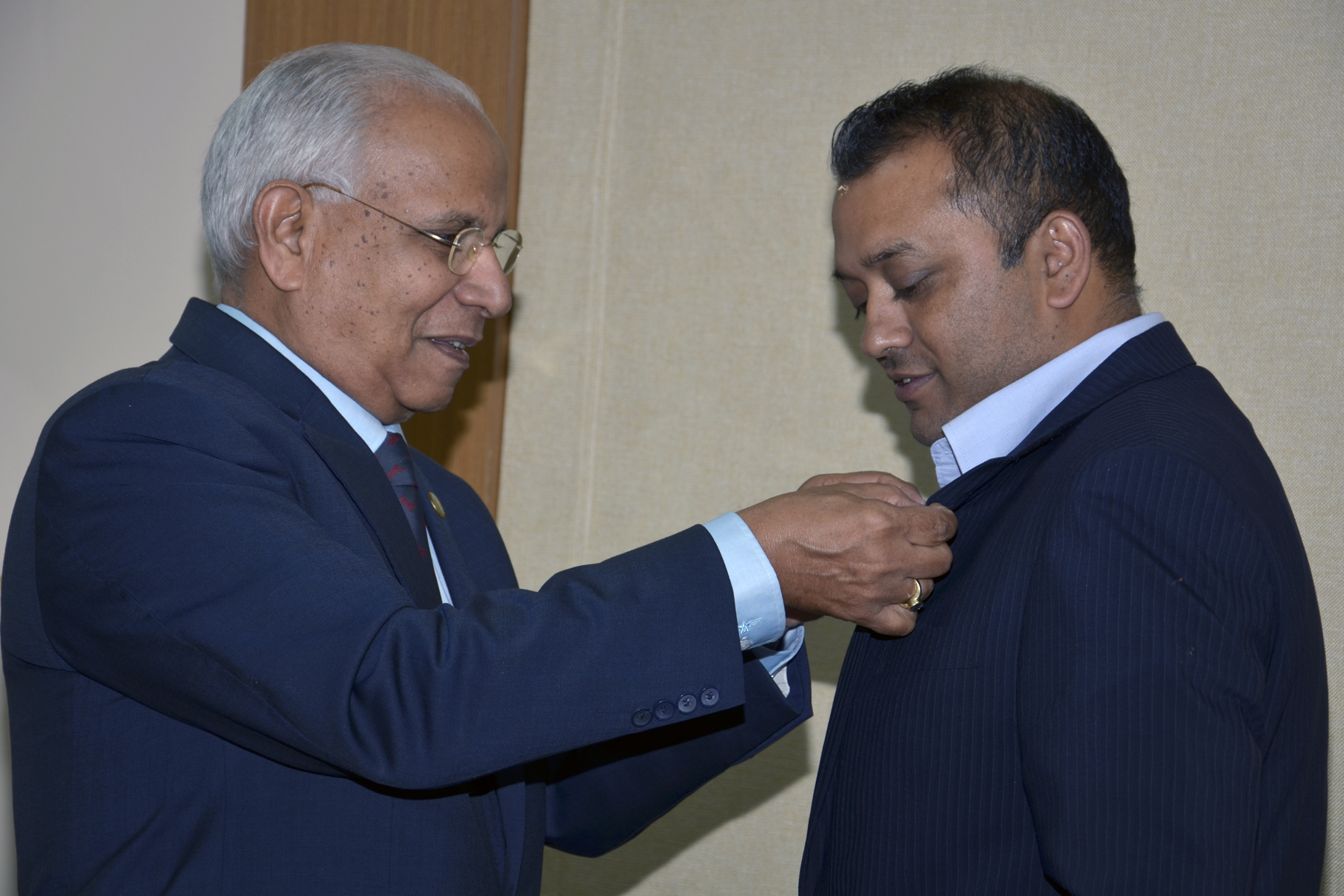 The Minister of Health of Nepal, Gagan Kumar Thapa stands ready to lead an HIV response that has the scope, scale, intensity, quality, speed and innovation to end the AIDS epidemic as a public health threat in Nepal by 2030. He made this commitment during a meeting with the United Nations Secretary-General’s Special Envoy for AIDS in Asia and in the Pacific, J.V.R. Prasada Rao, and the Director of the UNAIDS Regional Support Team for Asia and the Pacific, Steve Kraus, who conducted an official mission to Kathmandu from 26-30 September.Nepal has made remarkable progress in its HIV response over the past decades. It is estimated that 39 000 people were living with HIV in Nepal, at the end of 2015. There were 1 300 new HIV infections in 2015, compared to 7 400 in 2001; down 82%. This success has been due to partnerships between the government, community groups, national and international non-governmental organizations, and development partners.

During their five-day mission, Mr Rao and Mr Kraus met with Bimalendra Nidhi, Deputy Prime Minister and Minister of Home Affairs, Krishna Bahadur Mahara, Deputy Prime Minister and Minister of Finance, and several senior officials in the Ministry of Health, including the National Center for AIDS and STD Control. They were hosted by the civil society organization, the Blue Diamond Society, which gave them a tour of locations where many sexual transactions take place in the Kathmandu valley.

In June 2016, Nepal joined other UN Memb
er States at a High Level Meeting in New York and adopted the Political Declaration on Ending AIDS which commits countries to reaching a set of measurable targets by 2020, putting the world on course to end the AIDS epidemic as a public health threat, by 2030.

The targets Nepal aims to achieve include ensuring 22,000 people are accessing antiretroviral treatment and that there are no more than 500 new HIV infections a year by 2020.

Mr Rao said “To reach its Fast-Track targets, Nepal can no longer depend only on external resources, and must gradually increase its own domestic investments in HIV.”

Currently, about US$18 million is being invested in Nepal’s HIV response, with only about 15% from domestic resources. To Fast-Track the HIV response by 2020, it is estimated that annually US$ 30-40 million will be required over the next 5 years.

At the end of the mission a 10-point aide memoire was shared with the National Planning Commission, containing agreed upon follow-up actions for the remainder of 2016.