Tokyo ward is first to recognize same-sex couples in Japan

Shibuya ward in Tokyo is famous for its iconic crossing, which when the traffic lights turn red, turns into a sea of pedestrians surging forward from all sides. Now, the trendy neighborhood is making headlines for a landmark decision. On 31 March, the ward’s assembly passed an ordinance that recognizes same-sex couples, becoming the first local authority in Japan to acknowledge such partnerships.

Gon Matsunaka, a Japanese lesbian, gay, bisexual and transgender (LGBT)  activist welcomed the decision, “I believe the greatest value of the ordinance is that if finally makes the LGBT community visible. I hope we are entering an era when the many faces and shapes of happiness are fully embraced.”

While same-sex sexual relationships are not criminalized in Japan, some LGBT couples face discrimination, particularly when co-signing leases for housing rentals or accompanying their partners through serious medical situations, which are reserved for family members.

Wedding of Takuya and Seiya Nishida

Takuya Nishida lost a partner who was very ill some years ago. He said, “Through that experience it became painfully clear that we (LGBT couples) are treated as strangers under Japanese law, with no recognition whatsoever of our life together.”

After his partner died, Mr Nishida fell in love with a student and the two decided to get married in a very public ceremony last summer in Tokyo. While the marriage is not legally recognized in Japan, Takuya and Seiya Nishida hoped by publicizing their marriage they would lead Japanese society to become more accepting of same sex relationships.

They said, “We are not asking for any special treatment, we just want to be able to do what other heterosexual couples can do. We want a society where we are given choices. We hope this new ordinance will provide an opportunity to educate the public about the diversity of Japanese society.”

Takuya Nishida said Seiya is 26 years younger than him and “so I will likely die before him. Under current Japanese law, it is difficult for him to inherit any assets I leave behind when I die. It hurts to not be able to leave what I have to the person I love.”

More than 200 000 people live in Shibuya and the ordinance stipulates that all residents aged 20 or over are eligible to apply. Although the certificate is not legally binding, the ordinance requires real estate agents and others not to discriminate against same-sex couples and calls on the ward government to publicize the names of organizations that violate the ordinance.

Stigma and discrimination based on sexual orientation and gender identity can prevent people from accessing key health services and increase the risk to HIV. Studies show that although HIV prevalence remains low in Japan, new HIV infections are at an all-time high and have been increasing. The majority of new infections are among men who have sex with men. In 2013 there were 1 106 newly diagnosed HIV cases reported in Japan, of which 71% were attributable to homosexual transmission, according to the Ministry of Health, Labour and Welfare. 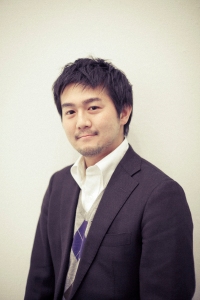 Mr Matsunaka said that it is important to recognize LGBT people as real people and it’s only then that “we can start to identify what issues need to be dealt with as a society, be it HIV or other illnesses.”

Following Shibuya’s decision, other local municipalities in Japan are moving towards recognizing LGBT rights. Mr Matsunaka said, “The movement towards same sex marriages in the United States also started with local municipalities. In 2020, Tokyo will once again host the Olympics and Japan has a perfect opportunity to prove itself as a society that embraces diversity. “